In 2002, Jeannette Maré’s life changed forever when her son, Ben, died suddenly just before his third birthday. In the months following his death, she and her friends and family began making ceramic wind chimes, the first Ben’s Bells, in her backyard studio. The therapeutic effect of working with clay, and the power of being surrounded by people talking and working toward a common goal, helped Jeannette and her family begin to heal. She and her friends decided to make hundreds of the Bells and distribute them randomly in the community to encourage the kindness she had depended on to help her through each day. Jeannette had noticed how a small kind act from a stranger or a friend could be the thing that kept her going in any given moment, and she wanted to find a way to pass on that kindness and help others in the process.

On the first anniversary of Ben’s death, four hundred Bells were distributed throughout Tucson, hung randomly in trees, on bike paths, and in parks, with a written message to take one home and pass on the kindness.

This started a powerful ripple effect. People who found the bells shared their own stories of grief and healing and hope. The local newspaper printed the story on the front page. School groups and businesses and individuals started calling to see how they could get involved and soon, thousands of Tucsonans were helping to craft Ben’s Bells.

Since 2003, Ben’s Bells has been operating as a nonprofit, growing our education programs and continuing to distribute thousands of Bells every year. The Bells are a symbol of kindness and its power in healing, meant to touch others’ lives and make our community a more gentle place to live. 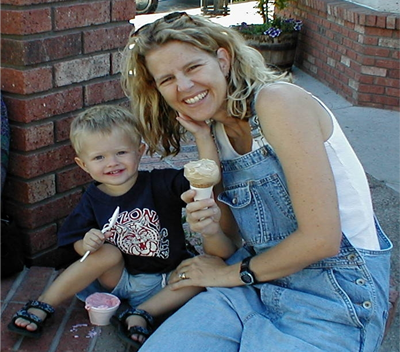